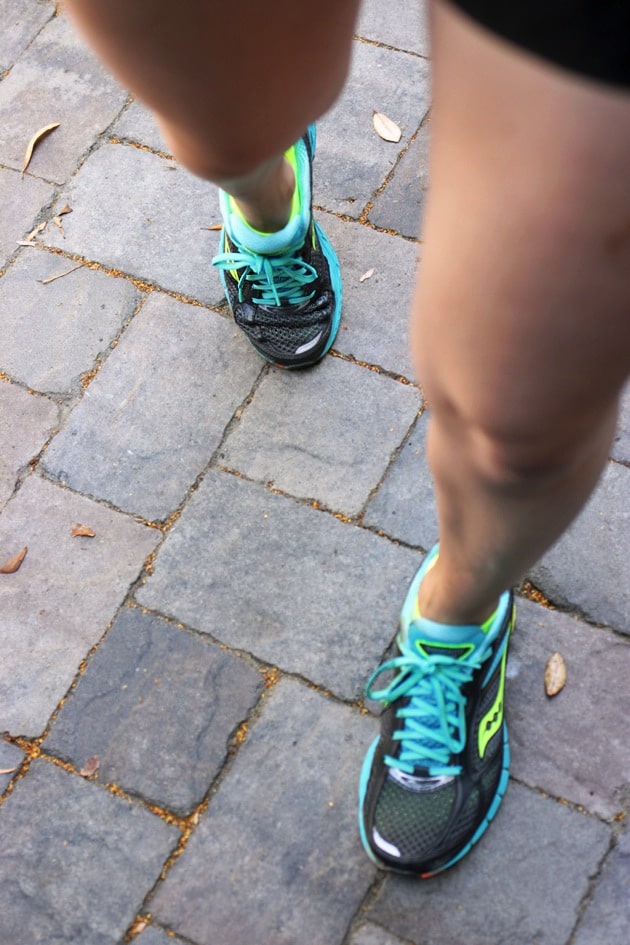 It’s hard to believe the San Francisco Marathon is just 3 days away––and even crazier that I’ve been training for nearly 4 entire months now. Here’s how the 2nd half of my training went down, and some details about how I’m prepping for my first 26.2 on Sunday!

The first 8 weeks were were somewhat of a roller coaster between experimenting with different kinds of fuel and running distances farther than I had ever run before, including a soul-crushing 16 miler.

I’m not going to lie. That run left me hating everything about marathon training and wanting to quit entirely. Afterwards I turned to my marathoner gal pals for some words of wisdom and they all seemed to agree that my body wasn’t fully recovering between training sessions––cumulative fatigue was the culprit.  It was Jacquelyn who convinced me to take an entire week off from exercising altogether, with the exception of one yoga class and some light walking.

Boy am I glad I listened to her. That recovery week made all the difference and allowed me to refocus on what was important: letting my body dictate my training schedule rather than what was written on my calendar.

Good news! I’ve made major strides in the fuel department during the past 7 weeks. For pre-run fuel, it’s whole bagels or bust now, preferably toasted with a pat of melted butter and a hefty sprinkle of salt. No more weeny pieces of toast or lone bananas. My body seems to thrive off of a hearty dose of carbs right before a long run.

In regards to mid-run fuel, I abandoned real foods after getting more mashed sweet potato on my shirt than in my mouth, another unfortunate part of that terrible 16 miler. I tried some of those Honey Stingers you guys raved about and um, well, my life has been changed––so thank you!  Even though I don’t love gels I find them to be the most effective and the Honey Stingers are pretty easy to get down with a few swigs of water. I’ve only been able to get the Vanilla flavor though, so let me know if there are better ones out there I should hunt down.

An early piriformis flare-up had me worried at the start but resting, stretching, strengthening and regular foam rolling has––knock on wood––kept me pretty much injury-free. I treated myself to a few sports massages over the past several weeks too. We’re not talking the “sports massage” you get at the spa though. These massages actually made foam rolling my IT Bands feel enjoyable. Each session was 90 minutes of lower body work––most of which I spent gripping the table and clenching my teeth while the masseuse kneaded out all of the kinks in my legs. It hurt so good I’m going back next week for a post-marathon massage to help undo Sunday’s 26.2 miles-worth of tension.

18 Miles: Boy was I dreading this one after the worst run of my life the week before. But with fresh legs and a full bagel on board, I physically felt way better this time around which did wonders for getting my head back in the game. We also took it a bit slower and seemed to find our sweet spot in terms of pacing. Yay! Pace: 9:33/mile

14 Miles: It’s crazy to say but after 18 miles, 14 felt short-ish, especially with these ladies! It turns out my grad school BFF Anne and Monica were in town for a blogger event that week. So they join Erin and I for our long run before work along the Embarcadero. It was such a treat! Pace: 9:01/mile

20 Miles: We figured 20 miles before work would be rough so Erin and I did this one on a gorgeous Sunday morning. We left from Dolores Park and basically did a massive loop around the city, including a trip across the bridge and back. We took our time, stopping for a few photos and a couple of gels along the way, and finished in Golden Gate Park where the hubs greeted us with ice water and a lift home. We were physically and mentally exhausted by the end but I will say, finishing 20 miles felt pretty darn good. After a shower and a power nap, we regrouped later that afternoon for some celebratory beers, bites and soccer-watching with the boys. Pace: 9:45/mile // Elevation gain: 1250 feet

16 Miles: Still feeling tired from our 20 miler the weekend before, Erin and I made the executive decision to dial this one back to 8 miles. Hooray for listening to our bodies! We also happened to be on a weekend getaway with our men so the run took place in the blazing sun along some beautiful Santa Barbara beaches––quite a change from San Francisco, which as earned the summertime nickname: fog-city. Later that night we celebrated our 8 miles with Mexican and salty margaritas. Pace: 8:56/mile

22 Miles: This one felt long––like really long––and rightfully so. But Erin and I braced, and paced ourselves for the longest and farthest run of our life and did it! We ran the same course as the 20 miler but closed the loop and finished back in Dolores Park, exactly where we started 22 miles prior. I can’t even describe the feeling of accomplishment that overcame me after that one! Pace: 9:53/mile // Elevation gain: 1250 feet

14 Miles: Tapering tends to get a lot of hype among marathoners and, I admit, I never fully understood why until I experienced it for myself. It’s basically like the best thing ever after four months of long runs followed by even longer runs. Pace: 9:14/mile

12 Miles: It pains me to say this but Erin rolled her ankle earlier last week and had to sit this one out. [Insert the biggest sadface ever]. She’s resting and recovering though and we’re hoping for the best on Sunday! As for the run, it was a chilly, misty morning here in San Francisco and my legs were just over it after 5 miles so I turned around and called it at 10. It was definitely an anticlimactic end to my training but… I’m saving up all of my celebrating for Sunday! Pace: 9:07/mile

For me, the next few days are all about keeping my legs fresh, catching up on sleep, staying hydrated and kicking up my carb consumption. Oh, and picking out my race-day outfit, obviously.

I’m fitting in one last 3-4 mile run today and will try to limit my exercise to light walking tomorrow. MytFitnessPal is actually sponsoring a booth at the expo so I’ll be spending tomorrow afternoon there and feeding off all the excitement. After Erin and I drive the course Saturday morning, I plan to spend the day eating carbs and lounging on the couch while I catch up on blogs and binge-watch General Hospital. The race starts at 5:30am on Sunday so it’ll definitely be an early night for me!

Marathoners: Got any final race day words of wisdom for me? I’m all ears. And legs!

P.S. If you’re heading to the marathon expo this weekend too, stop by the MyFItnessPal booth to say hi and we’ll hook you up with a special marathon t-shirt!