You can imagine the amount of time a room full of dietitians can spend talking about food. Yesterday at my internship, we got on the topic of Greek yogurt after someone discovered we had 7 different types in the refrigerator… totally normal for a room full of dietitians. One of the pediatric RDs started comparing ingredient labels which led to a mini-lesson on the difference between true Greek yogurt and Greek-style yogurt. 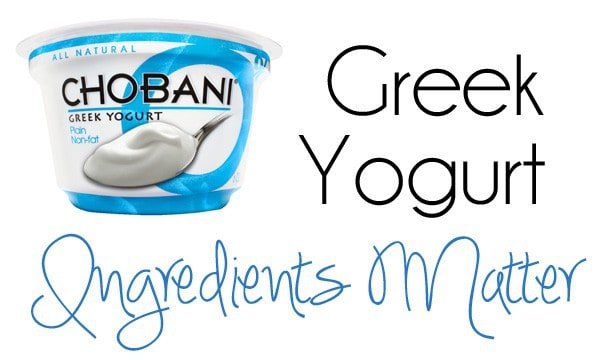 True Greek yogurt traditionally involves an expensive straining process which filters out excess water concentrating the yogurt which makes it thicker, more tart and higher in protein than traditional yogurt.

There currently is no legal definition for Greek yogurt so certain companies have found cheaper ways to produce yogurts with similar texture and taste and still get away with calling it Greek, or Greek-style yogurts. They do this mostly by adding milk protein concentrates (MPCs), whey protein concentrates (WPCs) as protein-enhancing fillers and thickeners like gelatin or modified cornstarch to traditional yogurt. 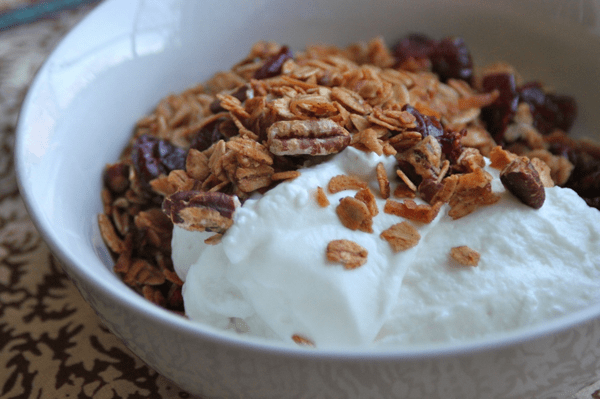 Below is a list of some of the major brands of Greek yogurt & their ingredients. You’ll notice they’re all plain yogurt because many with fruit have thickeners added already. I underlined the additives to make it easy on you since it is Friday and all.

It’s funny this should come up because last week I wrote about cornstarch and its creepy presence in processed foods. I’ve learned that many MPCs used in commercial food products come from ultra-filtered skim milk from outside of the United States. More on that here but it seems the importing of these MPCs is a fairly unregulated business.

The last three brands all add MPCs, two also add thickeners and there are likely many more out there what are posing to be the real thing.

There’s no doubt Greek yogurt is pricier than regular. It takes a lot more work, time and milk to make true Greek yogurt. You’d think the brands using MPCs and thickeners would be less expensive but I haven’t really noticed a difference in price between the real Greek yogurt and imitation stuff, have you?

Regardless,  I know I’ll definitely be reading the ingredient lists more closely now and choosing the additive-free Greek brands from now on when at all possible.

Questions of the day:

P.S. More on the additive dispute from NPR including a lawsuit that’s happening.